So I first shared this layout back in July as one of my Scrapmatts DT posts. Since then though it has niggled in the back of my mind that is didn't feel quite finished. I had wanted to photos to be the star of the layout but they felt too much like they were just floating on top of the paper. Since it is also one of my Gold Coast Show entries I decided to take another go at it before handing it in today and I'm glad I did. 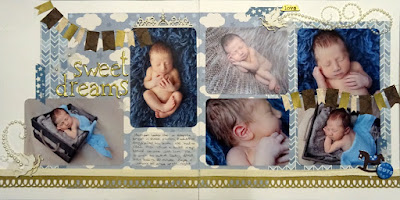 The left hand page has had a small blue banner removed (why did I stitch that on through the cardstock?!). The brown/cream/gold banner has been added, along with some vellum stars, washi tape and new chipboard border piece.﻿ 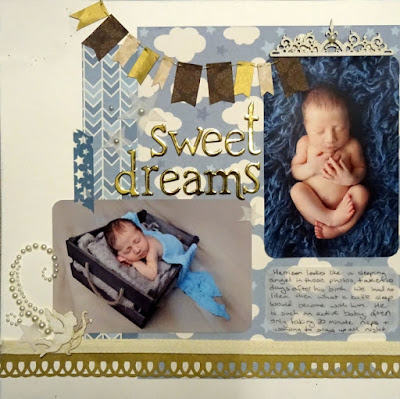 This page didn't have as much overall change to it, just the addition of the banner, washi tape and vellum stars. I like the way the banner ties all three photos together now for some interaction. 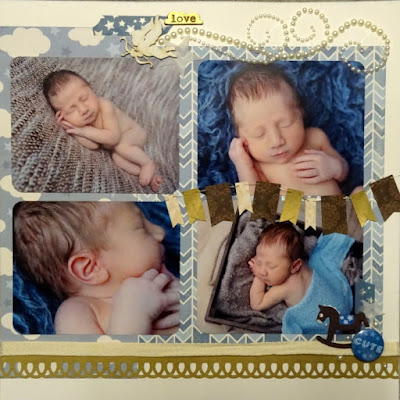 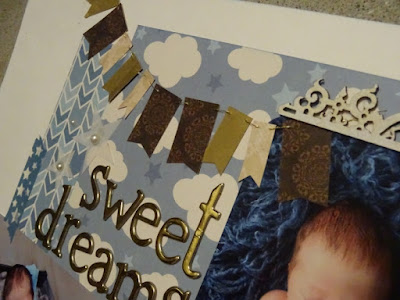 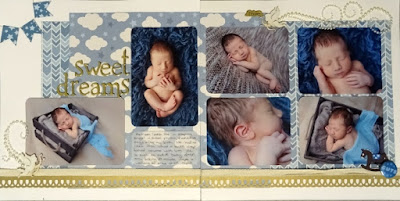