I'm back from a lovely weekend retreat at Tamborine Mountain run by Queensland Scrapbooking Retreats. I didn't get anywhere near as many layouts done as I thought I would, but I still had a great time. I took a couple of unfinished projects along in the hopes of finally getting them completed. 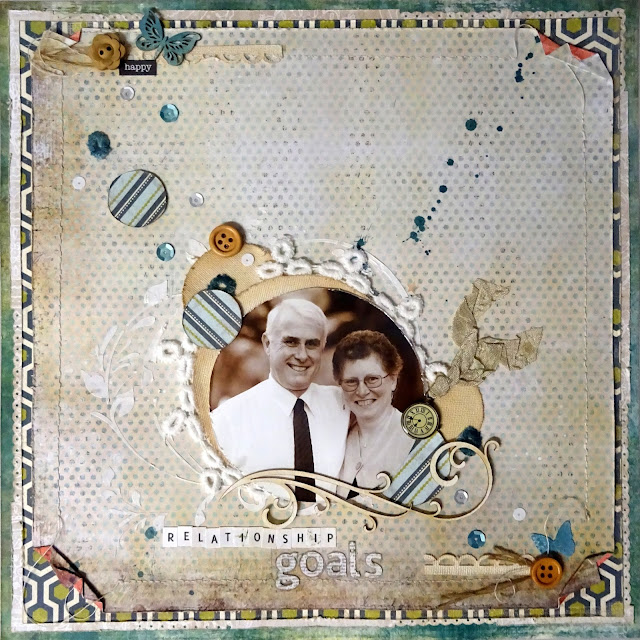 This one was a class taught by Kim Ewins for Craft Queen at a craft expo way back in 2013, I think. Now you see why I needed to finally get it finished! I actually had to re-stick down all the background layers because the glue had deteriorated so much in the intervening time. 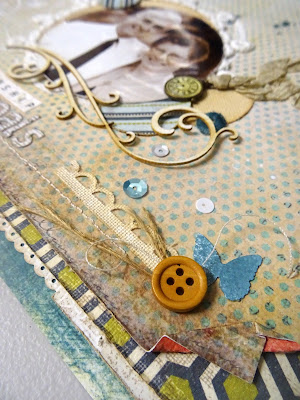 Kim's pages always have a beautiful amount of layering and stitching on them. Lovely Scrapmatts chipboard flourish under the photo there too. 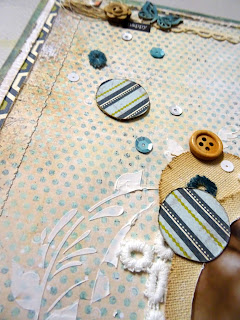 You can see the stencil work in this close up. I also really liked the idea of using distressed fabric circles as part of the background.

Now here is the ridiculous part: The image below is where I left the layout at the end of the class in 2013. Literally, all I needed to do was add a title and it was done! I couldn't resist adding a scattering of sequins to the layout as well, since I was touching it up anyway. 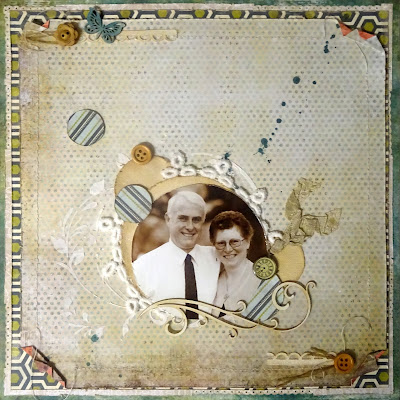