I've never been a big drinker or big partier, in fact both of my hen's parties (yes, I had two for the one wedding) ended around 10pm because I wanted to go home to bed. As you can imagine, I didn't really feel constrained by the restrictions imposed by pregnancy and then breastfeeding. However, it was nice to have a chance to go out partying with the girls for a colleague's hens party recently, even if I was the only sober one at 10pm when I went home and they moved on to the next club. :) 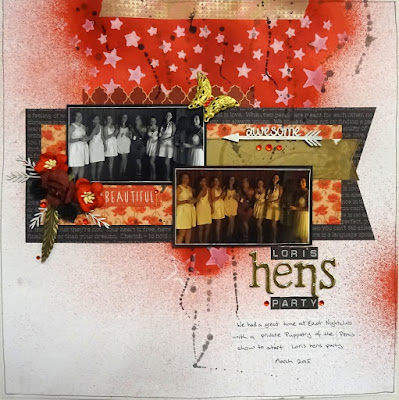 This was one of those layouts that didn't turn out how I was expecting, mainly due to issues with the background. I wanted to create a background of drips running down the page, but the Dylusions ink soaked straight in instead. Despite backing the cardstock with extra paper it still warped. The black ink flicks were not what I was after at all. I actually thought I was finished with this layout but decided to rework it two days later because it had been bugging me. I like the end result better, you can see the earlier one of the Let's Get Sketchy page. 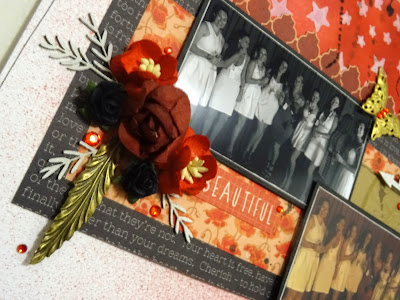 This was created for the Let's Get Sketchy reveal. It's a great sketch and we would love to see your take on it.